To Heaven and Back: A Book Review I’m Shocked to Give 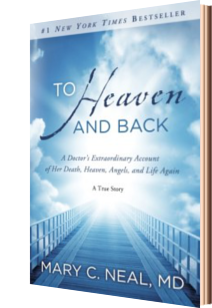 Earlier this year, which was actually the end of our parish’s religious education year, I read Heaven is for Real: A Little Boy’s Astounding Story of His Trip to Heaven and Back, by Todd Burpo. I was underwhelmed by it, despite the fact that my niece seemed to like it and a whole class of our sixth-graders were enjoying it.

I just couldn’t get into it. 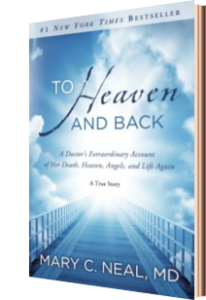 So it is with that as my background that I relate to you that reading To Heaven and Back: A Doctor’s Extraordinary Account of Her Death, Heaven, Angels, and Life Again, by Dr. Mary C. Neal, MD, for the Patheos Book Club was NOT underwhelming.

It was enjoyable and I found myself nodding. While it won’t win Best Book awards from me, it was good, a solid four stars. I won’t compare it to Heaven Is for Real, because, well, it’s a different book, but some other reviewers in some different places did just that (which put me off of it before I even started it).

I have to admit to you, too, that I was put off by the fact that this was a New York Times bestseller. I figured it was going to be so watered-down, if there was anything worthwhile by my standards in it, that I would end up tossing it across the room.

A “God loves you” message that was drippy and sappy and over-the top, with miracles and morals in every other sentence.

A “God has things figured out” message that was real, accessible, and even a little unbelievable–which, honestly, speaks to exactly how I experience God having things figured out: perfect 20-20 hindsight and complete 0-0 present-sight.

I liked the story.

It’s rare for me to find a non-fiction book a page-turner. It’s why I am consciously reading more novels this year (and enjoying my reading more as a result).

And yet, I found myself speeding through this book. Part of that is that it’s laid out well (kudos, ye designers). Part of it the writing, which is very easy to read and fast to follow.

And part of it is truly the story itself.

I mean, really? She died? Went to heaven? Came back? (No spoilers. That’s in the title!)

But then, then the story gets interesting, at least for me. Mary Neal’s life isn’t instantly better, easier, or even more understandable. She doesn’t have all the answers.

She ends the book wondering, yet again, “Why me?” It’s not exhaustive; it’s real.

I suspect I could have a cup of coffee with Dr. Neal and enjoy myself. That made the story even better, because it was written by someone I found myself relating to and relating with.

I liked that it was a fast read.

I have read other books in this genre of writing, and they’re not all fast reads. At. All.

I appreciate that Neal (or her editors, I’m not picky) kept the story moving, cut to the chase, and wrote it well.

I liked that it’s ecumenical.

I say that as a Catholic reading a book by a non-Catholic. Yes, I tend to be a teensy bit sensitive to this, but Neal nailed it. Across the board. Even as I was getting ready to make notes about free will, she covered it.

There is even a part in the book where she has a very healing experience thanks to a priest and some holy water. To which I can’t help but say: BOOYAH.

But really, this is a book that does the ecumenical thing justice. So often, as a Catholic, I find the ecumenical stuff Catholics do to be, well, too Catholic, and the stuff others do to be too, well, non-Catholic. (To which you respond that I’m too picky? Yes, probably.)

Here, though, is a book that deals with something I think all Christians agree on and yet many of us (Catholic and non) ignore: the spiritual realm, the reality of heaven (which means the reality of hell, though it’s not discussed in this book), and the intertwining of the two.

In a nutshell, I recommend it. And I’m still surprised that I am. (Proof that you shouldn’t limit yourself just to what you would read on your own.) 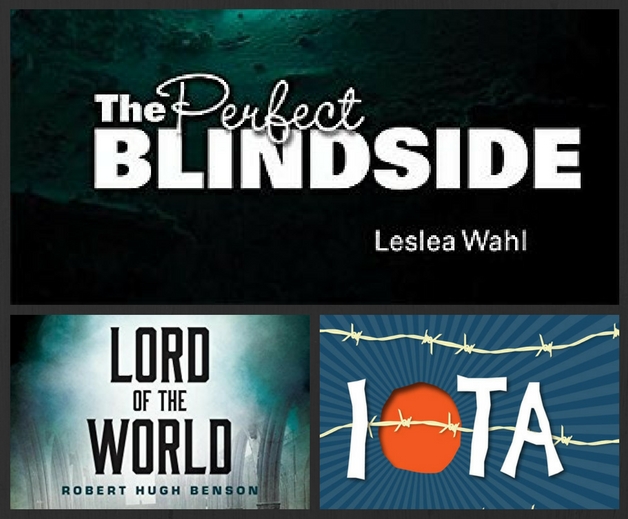 One Minute Reviews of Perfect Blindside, Iota, and Lord of the World 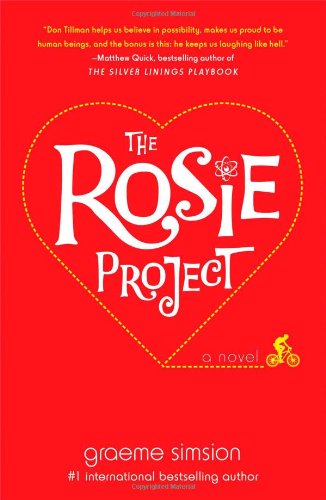 Book Talk: Something for Everyone