Well, I guess that makes me normal!?! #LawnChairCatechism 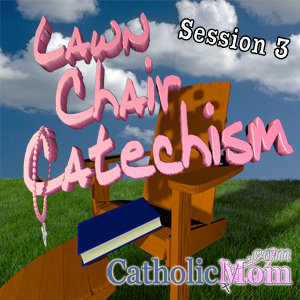 This week’s chapter of Forming Intentional Disciples is fittingly named “We Don’t Know What Normal Is.” The discussion is up over at CatholicMom.com…I hope you’ll join in!

There were people here (there) who read as much (more!) than I did, who geeked out on things like theology and philosophy and symbology, who thought being a catechist was the cat’s meow, who wanted to talk Catholic stuff in the midst of football and totally saw the connection.

In my real life, it has been a lot harder to find that kind of community.

Widespread neglect of the interior journey of discipleship has unintentionally fostered an immense chasm between what the Church teaches is normal and what many Catholics in the pews have learned to regard as normal.

Does this ring a bell with anyone else?

I am in the midst of a week with students entering the 8th grade. We’re doing Confirmation Boot Camp for six hours a day the entire week. (That’s 20 sessions, in case you were counting.) This comment about what’s considered normal, along with what follows about the Spiral of Silence, really speak to the experience I’m in the middle of having.

Existing parish culture often reinforces a Spiral of Silence about one’s relationship with God. The Spiral of Silence does not usually become explicit until it is challenged, but it can strangle evangelization, especially as it is reinforced today by a religion-doesn’t-belong-in-the-public-square cultural norm. It is essential for us to grasp that the cultural pressure, both inside and outside the average American parish, is often against the overt expression of discipleship.

I KNOW that at least three of the kids in the class of 20 know the answer to “Why is marriage between one man and one woman?” I know these kids. I know their families.

The pressure is to remain silent, to not give in, to not let on that you know this Catholic geeky stuff. (Unless you’re me.)

It’s the same in groups of adults (unless you’re somewhere like the CNMC). We don’t want to pipe up and look like a dork. Right?

So how do we overcome this in our parishes and hey, in our own lives? I especially loved Weddell’s list of “It is Normals” that she and her leadership team drew up. Let’s define a new normal, shall we?

1. It is NORMAL for lay Catholics to have a living, growing love relationship with God.

2. It is NORMAL for lay Catholics to be excited Christian activists.

3. It is NORMAL for lay Catholics to be knowledgeable about their faith, the Scriptures, the doctrinal and moral teachings of the Church, and the history of the Church.

4. It is NORMAL for lay Catholics to know what their charisms of service are and to be using them effectively in the fulfillment of their vocation or call in life.

6. It is NORMAL for lay Catholics to have the fellowship of other committed lay Catholics  available to them, to encourage, nurture, and discern as they attempt to follow Jesus.

7. It is NORMAL for the local parish to function consciously as a house of formation for lay Catholics, which enables and empowers lay Catholics to do #1-6 above.

As we consider redefining normal and being disciples, we have to consider also the other side of it, the intentionality.

Intentional discipleship is not accidental or merely cultural. It is not just a matter of “following the rules.” A disciple’s primary motivation comes from within, out of a Holy Spirit-given “hunger and thirst for righteousness.” All things serve and flow from the central thing: the worship and love of the Blessed Trinity with one’s whole heart, soul, mind, and strength, and therefore the love of one’s neighbor as oneself.

You can’t love without action, because that’s not love, that’s infatuation. The non-fleeting investment sort of love requires doing and being and going. Showing up is part of the equation, so don’t knock yourself, but you can’t help but do more than that. Yes, I’m required to go to Mass on Sundays as part of my “duty,” but is it also my “duty” to kiss my children when they delight me or write my husband a little note? In a sense, yes. But the duty you enjoy (just like the work you love) isn’t really a duty after all: you’d do it anyway.

So it is, I think, with discipleship. We’re not disciples because we have to be. It’s a choice. It’s a Yes. It’s a chance. 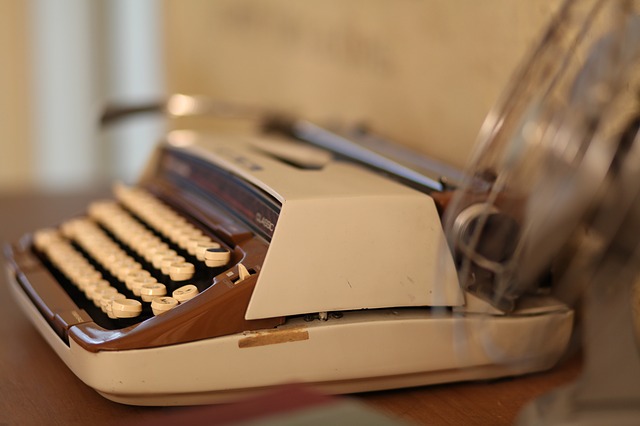 This Week: Books and Bulletins and Mary

Mary in the Craziness