Though I’ve read a number of book series over the years, there’s part of me that’s kind of frustrated with them.

Can’t we just have one book? JUST ONE? PLEASE?

And yet, I’m torn, because I ALSO don’t want those beloved characters to go away. They’re part of me, and I’m invested in their stories, their worlds, their ways of being.

So, here I am, reading series of books (and sharing about them quite often in my newsletter), eagerly snatching up the opportunity to review the latest in what used to not be a genre I even liked (historical fiction, for what it’s worth).

Ella’s Promise is the third and final installment of Ellen Gable’s Great War Great Love series. (I’ve reviewed the first two books here and here, if you’re interested.) It stands alone, however (and I say that as someone who read it and didn’t remember the details of the other books and wasn’t forced to go back and find those details; I’m quite sure there are delicious finds and ways the books interact that went straight over my head).

This series is really one where I can say, without any hesitation, that you can read the books independently of each other. They’re linked together, and characters appear in the books, but the stories are not dependent on you having read the previous book in the series.

I enjoyed Ella’s Promise and recommended it to my historical fiction junkie friend immediately. Historical fiction isn’t usually my favorite flavor of fiction, mind you. I’ve read all of Gable’s books, though, and I’ve appreciated, more than anything, the amount of work that goes into the back end of writing a book like this.

It’s not just about a story, really. It’s about knowing the setting and being able to be true to it.

That led me to a series of questions that Gable was kind enough to answer. She also included an excerpt (at the end) of Ella’s Promise. If you have Kindle Unlimited, you’ll be thrilled that this is a whopping ZERO DOLLARS.

GET THIS: I have one copy of Ella’s Promise to give to one of my readers. Subscribe to Three Shots BY CLICKING HERE and you’ll be entered.

First, a bit about Ellen. She is an award-winning author of ten books, editor, self-publishing book coach, speaker, publisher, NFP teacher, book reviewer, transcriptionist, and instructor in the Theology of the Body for Teens. Her books have been collectively downloaded 750,000 times on Kindle. Some of her books have been translated into Portuguese, Italian, Spanish, and French. The mother of five adult sons and grandmother to one cherished grandson, Ellen (originally from New Jersey) now lives with her husband of 37 years, James Hrkach, in Pakenham, Ontario, Canada.

Sarah Reinhard: What research goes into this kind of historical writing? How much liberty do you have to make things up, and, on the other hand, how much is true?

EG: I did the bulk of the research for all three books of the series in the four years leading up to writing them. I had only planned to write one novel (Julia’s Gifts) but I had learned so much of the history of the last year of WW 1, that I figured I would use that research in writing two additional books and make a series of it. I tried not to take too many liberties because I wanted to stay true to what happened. But I do take some. First instance: a several chapters of Ella’s Promise take place in an enemy POW camp. While the Germans did have POW camps and they did, in fact, mistreat prisoners, the two German POW camps mentioned in the novel are fictional.

SR: I’ve noticed familiar names and characters throughout all three books, but they each stand alone. How do you keep track of the character details and the finer points of different lifelines and such?

EG: Once I realized I wanted to write a series of books, I outlined all three books at the same time so that helped me keep to track of character details, lifelines and plot lines. I wanted to write stand alone books because I personally don’t like it when a book doesn’t tie up loose ends, or an author leaves the reader confused or without a conclusion (in order to make the reader purchase the next book in the series).

SR: You’ve written a number of novels, across many different eras. What inspired you to write historical novels based in the World War I era?

EG: I’ve always been interested in history, but I knew very little about this war except what I learned in high school. Since I had planned to make the female protagonists American (because I’m American) and the male protagonists Canadian (my husband is Canadian), I decided to focus the bulk of my research on the last year of the War (after the United States entered). What I found during my research was that this war was more brutal than most other wars before it (mustard gas, airplanes used as weapons, machine guns) and yet if you ask anybody the reasons for WW 1, the answer is usually vague and most experts can’t agree. The only thing they can agree on is that it started with the assassination of Archduke Franz Ferdinand of Austria. But there were many factors leading up to that assassination that still begs the question: why couldn’t war be averted? The Great War wounded or killed nearly 40 million people and wiped out half a generation for the British, French and Germans.

SR: What was the hardest part of writing Ella’s Promise? How did you overcome that challenge?

EG: The most difficult part about writing Ella’s Promise was writing the scenes/chapters in the enemy POW camps. It’s always hard for me to write scenes where people are suffering, especially characters I’ve grown to know and love. To overcome that challenge, I channeled experiences from my own suffering.

SR: Who do you find most moved by this series of books and why? Is that what you expected, or does it surprise you? (And if it does surprise you, how so?)

EG: Obviously, my target audience usually is women age 16 and over. It wasn’t a conscious choice at first to expand that audience. However, when I came up with the story and as I was gradually developing the characters and plot lines, it made the most sense to keep this a “sweet” and “clean” love story that anyone of any age can enjoy. I’ve gotten emails from younger readers who have been moved and inspired by these books. I didn’t necessarily expect that, but I certainly hoped for it because I’m happy that younger teens are reading my books.

SR: What’s your favorite part of this book?

EG: I most enjoyed writing the scene where Ella takes part in a “special delivery” and realizes the joy involved in that field of medicine.

SR: How many books do you expect to have in the Great War Great Love series? Do you have an end point in mind?

EG: There are three books in the series, so Ella’s Promise will be the last book of the series.

Ella’s head snapped up. She turned and saw that the lavatory door was still open. Where is Major Schmidt?

She stood up, then took mental attendance of the cots. The occupied cots all seemed occupied, even the major’s cot. But that couldn’t be. He couldn’t have finished his business in the lavatory and covered himself up and gone to sleep that quickly.

No, someone had left the barrack. A feeling of dread came over her, and she raced across the barrack to the back door. It was unlocked!

Ella pulled the door open and stepped outside into the warm spring evening air. She could just make out the silhouette of a soldier creeping along the side wall of the barrack.

“Excuse me, sir?” she called out loudly in German, her heart pounding. “Please step into the light.”

“Sir? Step into the light so I may see who you are.”

Instead of waiting for him to comply, she straightened, took a breath and walked toward him. It was only then that the man inched forward, a shadow on his face. She couldn’t see him, but she was certain it was Major Schmidt.

“I…uh…was…uh… just stepping out for some… fresh air,” he said in German, waving his hands.

Ella scowled. I don’t think so. She continued in German, “I don’t remember you asking for permission to come outside. You asked permission to go to the lavatory.”

“Well, I will remain with you while you finish breathing in the fresh air, then I will accompany you back into the barrack. You must understand that I will be reprimanded if I allow a POW soldier to be outside.” She paused. “Why did you unlock the door?”

The man smiled, but it seemed forced. Then he replied, this time in English, “I don’t remember unlocking it. I suppose I should just go with you back inside. I’ve had enough fresh air for the evening.”

Now what? He could run, but she would call the nearby guards to apprehend him. He tried to appear nonchalant, but he balled his fists in frustration. He’d have to wait until a future date and try again.

Garrett considered reaching for the gun tucked in his waistband. Collins had given it to him. He could use it to threaten her so he could escape.

The girl folded her arms across her chest, smiled, her foot tapping, waiting for him to comply. She was brave, but he was twice her size and could easily overpower her. He could knock her unconscious, leave her in the shadows and take off. She’d be reprimanded for letting him escape. She—the sweetest and most intelligent girl he’d ever met – would get in trouble because of him.

Strange that he’d never considered the repercussions for the person in charge when he had escaped the other POW camp. Truthfully, he’d never cared. Even so, this camp was one with little security. He should have known that this nurse would be so aware of everything going on around her.

He would have to contact Collins in the morning to inform him that it was not going to be as easy to escape this time. Until then, he would bide his time and do nothing.

Read more by getting your copy of Ella’s Promise 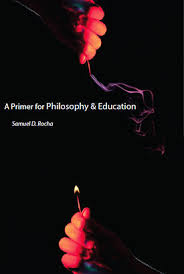 Forgiveness and Being Tough 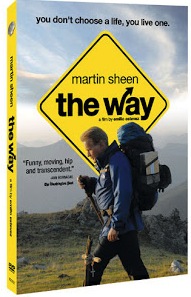