What’s so Catholic about zombie exterminators? 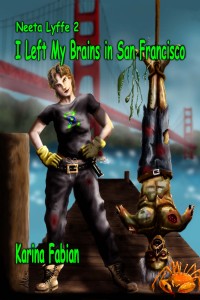 A Catholic writer writes I Left My Brains in San Francisco?  What’s so Catholic about zombie exterminators?

Short answer:  Nothing, and that’s okay.

I am indeed a Catholic writer.  I was born and raised in the Faith, and as an adult, made the conscious decision to follow it for the rest of my life.  I have written some very Catholic works, like the devotional Why God Matters: How to Recognize Him in Daily Life, and in fiction, I’ve written stories about nuns who live and work in outer space, and have edited two science fiction anthologies starring Catholics.  I’ve also got a fantasy series starring a nun and dragon who’s been recruited into working for the Faerie Catholic Church.

However, I also write about zombie exterminators for Damnation Books.  Complete left turn in my career?  Sudden change in values?  I think not.

We are called to be in this world while living according to Catholic principles.  As a writer, I am called to write for this world while upholding our unique Catholic worldview.  Just like not all of us are meant to be preachers, I don’t feel pressured to use my books to evangelize.  I’m an entertainer, and often a comedienne in the written word, and I’m comfortable with that. 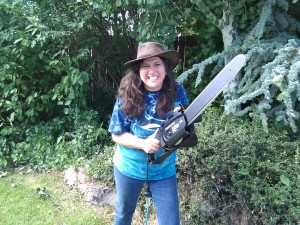 However, as a Catholic writer—meaning a writer who is a faithful Catholic—I have responsibilities.  For example, while I can write about sinful events—and let’s face it, there’s no story if everyone is behaving perfectly—I cannot glorify that sin, or write it in a way that tempts others.  Love scenes stay at PG-13 level, and violent scenes are written so the reader identifies with the urgency of the fight and not the “glory” of the violence.  And the humor?  I must admit to some potty jokes—especially in I Left My Brains in San Francisco, where manure-based fuel plays an important part of the story—but it’s the juvenile stuff you hear in grade school; and while there is some innuendo and much satire, it targets the stupidity of actions and attitudes and not persons, races, etc.

There also have to be consequences—physical, mental, emotional, as well as spiritual—for wrong actions done.  Heroes should feel remorse when they slip or even when they are in a situation where they may have had no choice but do something bad, and villains should get punished.  For example, in the world of Neeta Lyffe, it’s legal to behead someone who has been bitten by a zombie, as there is no cure and the victim can become a zombie in mere minutes.  Neeta has to do this in Neeta Lyffe, Zombie Exterminator—however, in I Left My Brains in San Francisco, she deals with the mental and emotional repercussions of killing another person who had been bit.  On the other hand, Marcel does something heinous and feels no remorse—so he gets his just desserts in a different way.

No,  a story about zombie exterminators is not “Catholic” fiction, but when written with Catholic principles in mind, you get a story of good overcoming evil and people rising to the challenge to help others, and a fun read that can be enjoyed by people of any belief.  Sometimes, that’s enough.

Karina Fabian is an acclaimed author of a number of booksand can be found blogging at “Rocket Science for the Rest of Us” and at “Fabianspace.” She’s a founding member of the Catholic Writers Guild and to call me a fangirl is not an exaggeration. Karina is truly as awesome in person as the characters she crafts. Her latest book, I Left My Brains in San Francisco, is the great reading I’ve come to expect from her. 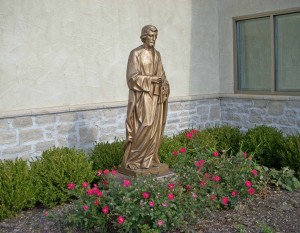 Dear Men, We Need YOU! 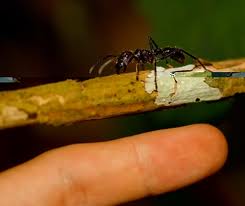