You might say I’m a little…obsessive…with my planning, at least in my mind. I get a very clear picture of how things should go, in my little ideal world, and I kick and scream (in my mind) if things don’t work out how I want them to.

So, perhaps my struggle lately has been about letting go of the “I.” Maybe I am learning – again, still – how to let GOD do the driving.

Right before we left on our trip a few weeks ago, there were swarming termites in the house. While I was off having travel adventures, Bob was being Fixit Man, along with Poppa Gene the Carpenter, and discovering that the floor at the bottom of the stairs was demolished. The strongest part of the floor was the strip of carpet over it.

My immediate thought should have been: “Thank you, God, for keeping my bottom-step-stomper safe, for the angels who surround us daily and held up that carpet, for the trip that took the kids and I away so the guys could get it temporarily fixed and bomb the termites a few times.”

We won’t talk about the thoughts that swirled around before I got around to seeing the need for thanksgiving. It’s a little embarrassing…and all too common.

After I returned from said trip, there was a pile of bills and mail. I opened one, and saw that our home insurance was dropping us. They listed five reasons (one of which was peeling paint – I’m distanced enough now to laugh about that, but I was a pretty sparked initially), one of which was the condition of the roof. We had suspected that the roof needed to be pretty high on our priority list, but we only realized how critical things were in mid-June, when Bob saw a bird fly by as he patched something in the attic. The insurance company came and inspected in January. We received the notice in June. We got things worked out (a phone call and an amazing insurance agent staff can accomplish many things, topped off, of course, with prayers), and I’m breathing a little easier (until I think about the roof).

What I should have thought: “Thank you, God, that we are still insured. Thanks for that wood stove that will suffice this year, while we fix the roof instead of buying a new furnace. Thank you for always providing.”

Once again, my immediate thoughts (and sometimes the nagging thoughts) don’t have so much to do with thanksgiving. They have more to do with that “I” and what Sarah wants, instead of what God is providing. I’m learning (ever so slowly) to take the grace God gives in a non-ideal situation, to appreciate the blessings that surround me, to pray first and always (even if it’s not nice – God can take it!).

Then, last night, I pulled in after a running-around-crazy-panting kind of day (though I did get to mow the yard, and that makes up for almost all of the stress of the last week). Miss Muffet was snoozing in the back seat, and it took Bob a long time to get her out of the car.

Walking in with her in his arms, he asked, “Was your car driving funny?”

“Why don’t you go out and look at it and tell me what’s wrong,” he said.

It was reminiscent of another recent episode (without the bang and pop)…the front tire was flat. After groaning and having some thoughts not worth sharing here (or anywhere), I ran in and said, “Did I drive on it like that?”

“Judging from the marks on the concrete, yes.”

So…today, instead of visiting with Sailor Brother, who’s visiting for a few days at Grandma’s house, I’ll be getting a new tire.

The first mental response should have been: “Wow, God, that’s great that the tire went flat and I didn’t even notice it on the road and that I made it home. Thanks so much for the daylight and that I got the mowing done so that Bob could get things patched up. You really look out for me, God, and I’m so very blessed.”

You know by now that my first thoughts had more to do with what Sarah had planned than what GOD was able to do with the given situation. I had three girls in my car last night, and we were on back roads as I took the interesting way home from Nanny’s house.

When things turn out differently (which is often!), I need to have the easy relationship – the kind that comes from sharing a daily cup of coffee and having regular conversation – with my Heavenly Daddy, so I can scream and feel His arms, complain and hear His soothing response, sob and know He will carry me. 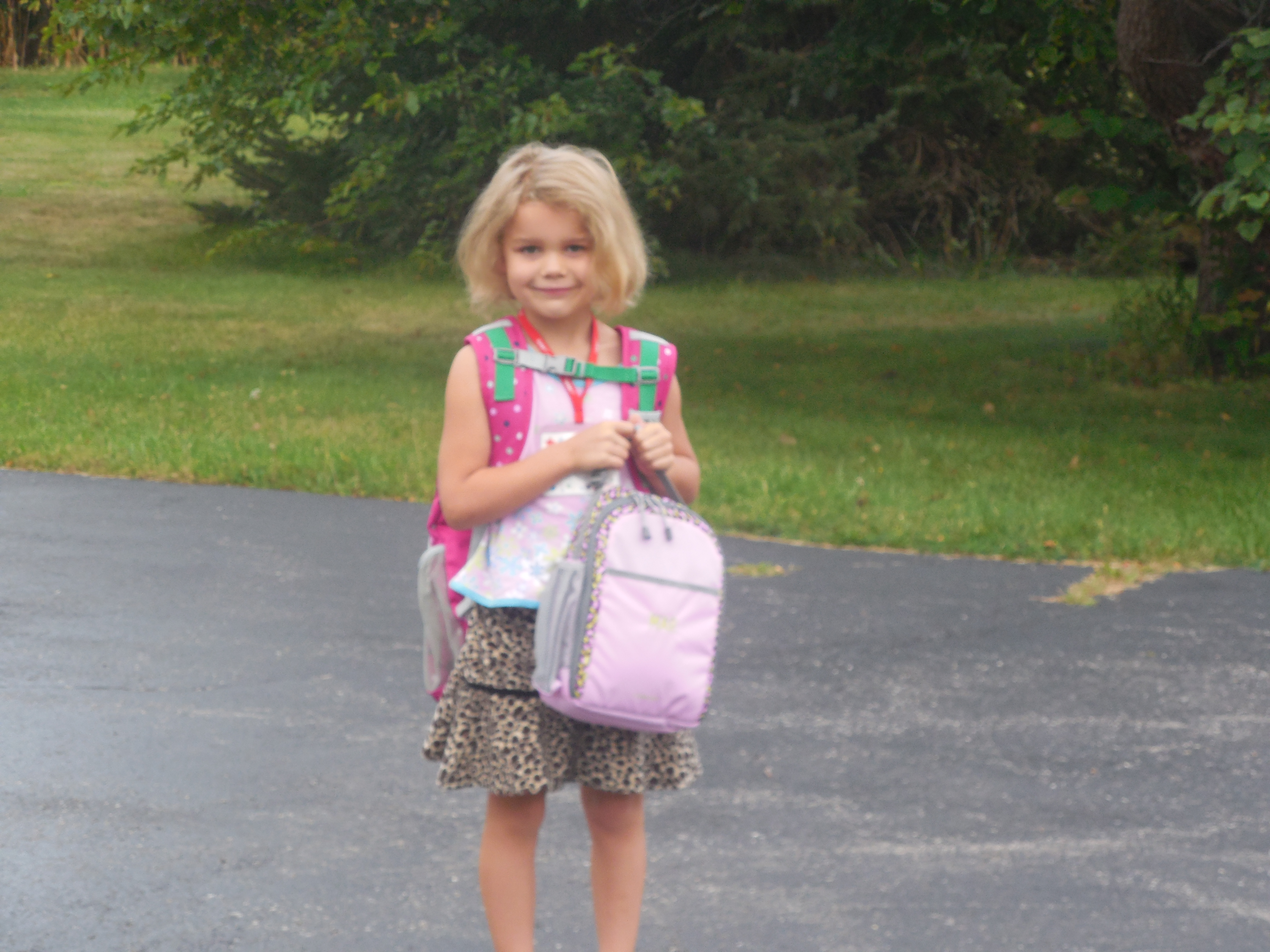 A Celebration of Six