Who are we persuading, and why? {An Atheist and a Catholic}

You know, it didn’t strike me until last week that Brittany is taking a real chance with this series. I always forget that discussion and truly open (as in “no throwing nasty words or sharp objects”) dialogue isn’t always…welcome. Last week we talked about whether religion is something to be “free from.” This week, we’re going to tap into Brittany’s speciality, persuasive methods, and how it relates to religion.

You can see all the posts in the An Atheist and a Catholic series here.

Before we get started, I’m going to share a recent presentation Brittany did about persuasive methods. The audience was the Humanist Community here in central Ohio. This presentation was actually what got us talking about these topics (and then, because yes, everything good must be on the internet, I suggested sharing it here). Here’s the summary of the presentation:

Dr. Shoots-Reinhard will briefly discuss belief change, conformity, groups, and the need to belong. She will explain ways that we can be scientific about getting people involved in the Humanist community and the reasons that nonbelievers don’t always join a freethought group.

And here’s the presentation itself (if you can’t see the embedded file, here’s the link):

Sarah: If dialogue is but a chance to be persuasive, then aren’t you doing the very thing you criticize Christians for doing?

Brittany: Are you talking about the persuasion techniques? It would be awesome if everyone used my persuasion techniques and weren’t confrontational. Part of the reason that not being an ass works so well is that people are so often asses in discussions of religion. I’d imagine that it would stop being effective if people were more respectful of others. And Christians have such great stories. I didn’t mean to come across like I was criticizing Christians for being persuasive :/

(Note from Sarah: I didn’t take it that way. I just wanted to clarify.)

Brittany: The other nice thing about the persuasion techniques I advocate is that they work both ways. I think it’s more like leveling the playing field, because religions come with a rich history and body of compelling narratives. There’s not very many really compelling stories of atheists. So most religious evangelists are already using these techniques (whether they realize it or not).

Sarah: Why do atheists/humanists need to convert those who have religion or to “free” people from religion? Do they/you believe we will be happier, more fulfilled? In what ways?

Brittany: I’m an expert in persuasion, so I get asked about persuasion. But that’s a bit of a cop out. The same processes that I was talking about work both ways. So talking about religion might make a Christian more certain, and there are lots of atheists-turned-Catholics who have similar conversion stories to the Catholics-turned-atheists.

A lot of atheists think that the perfect argument will deconvert someone, and a lot of Christians think the same thing. But it’s hard to say why we end up believing one thing or another. Faith? 😉 There’s a researcher who studies atheism, and I’m going to write more about it in the future, but I haven’t really organized my thoughts about his predictors of atheism yet.

There were some off-camera questions that allowed me to get into this issue more, but in my ideal world, we would talk about our beliefs and people could come to their own opinions. I think everyone could stand to be a bit more tolerant.

So, that latitude of acceptance would be a lot wider, and we could focus on fighting injustice rather than arguing about the scientific evidence for or against Noah’s Ark or Bigfoot. I’m not lumping those things as equally stupid things to believe in, but they’re equally stupid things to try to debunk, because they can’t be disproven conclusively. Showing that something is implausible or that the evidence is faulty won’t stop people from believing in God or superstitions or legends. It’s the definition of an irrational belief, and everyone has them. So I think that there are more important scientific questions. I heard that someone said recently that 20% of Americans believe in Bigfoot, so scientists should spend time debunking Bigfoot, rather than exploring vanishing ecosystems or documenting creatures that do exist or other more important work. The reason scientists don’t spend time on those things is because it doesn’t advance science; it doesn’t tell us much about the world as much as positive discoveries do.

I’ll probably get flamed by atheists for saying that, but I think it’s pointless to debate about the supernatural. You can’t disprove the existence of my invisible flying unicorn; I can’t disprove the existence of God. There’s certainly no harm in it, and I like debates for their entertainment value and exercising critical thinking skills, but I’d like people to spend more time fixing problems.

As for happiness/fulfillment, there’s evidence that religious people are happier and that their lives have more subjective meaning (a topic for its own post), so I don’t think that’s the answer. I also feel really uncomfortable talking about being an atheist with our nieces and nephews. If they ever ask, I will answer, but I just don’t think it’s my place to bring it up to people.  I’m not much of an evangelist.

I really want people to be able to get as much or as little information about a wide range of perspectives and choose the one that feels right for them. If my son becomes Christian, I won’t mind, as long as he still cherishes the values I’m trying to raise him with (e.g., tolerance, charity, kindness, compassion, empathy, thoughtfulness, etc.). This is why I’m better classified as a secular humanist than an atheist.

Next week, we’ll explore relativism a bit and talk about how secular humanism differs from atheism. 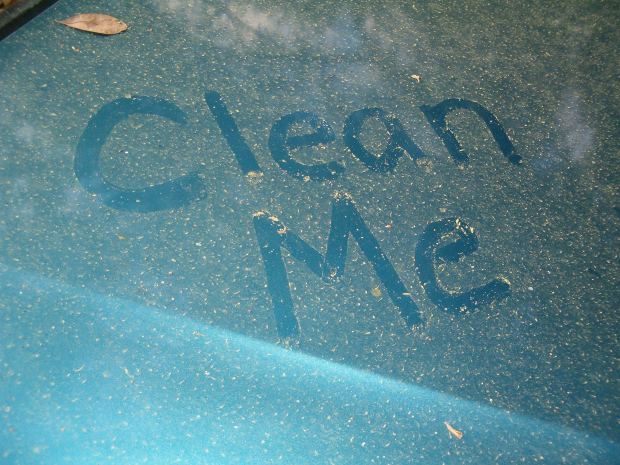 On not allowing guilt to fester

Mary and Her Boys