Why We’ll Own Secretariat (the movie) 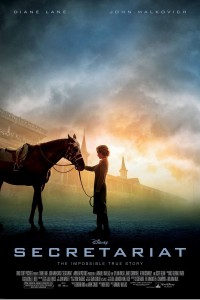 We aren’t real big on movies. We watch them, mind you, but we tend to have favorites and there’s a distinct pattern to what we like. Going to a theater just isn’t fun for us, as a couple, the way it is for many others I know.

But, really, we don’t watch a lot of movies. Especially during football season. 🙂

When the chance came up, though, to attend a prescreening of Secretariat, I went out of my way. It was on a school night, it was going to be late, and though it was free, it was also going to cost us a mint in babysitting.

Never mind all that.

This is a movie we’ve been talking about for MONTHS. When we watched the Belmont Stakes this spring, in fact, I found myself both starry-eyed and teary watching the trailer (which we rewound and rewatched at least three times).

Both my husband and I were horse-crazy in our youth. We discovered it after we were married — and we dated for nearly five years! — and we’ve fanned the flame of hoss-love in each other in the years since we’ve had kids of our own. Though I haven’t been able to find my old dog-eared copies of all the Walter Farley books I read back then, I have found a couple of his…and I’ve been working on building that collection back up, along with other horse books.

It’s no surprise, then, that seeing Secretariat had to happen with my main man, my partner-in-things-equine, my boyfriend extraordinaire.

We were not disappointed. From the very beginning, the movie grabbed us. Knowing how things turned out somehow didn’t keep me from clenching my hands, trying to lean forward despite the baby that has taken over my belly, and experiencing a range of emotion.

Julie pointed out, in her excellent review, that the movie reminded her of the way Disney used to make movies, and that phrase alone was enough to make me 12, at Grandma’s, going to the video store with Aunt C. She would let us pick a movie from the old Disney section (bonus points for picking something with Hayley Mills) and then we’d have popcorn and ice cream that evening while we watched it. 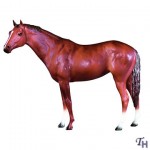 I was at Grandma’s when I watched the 1989 Belmont Stakes, as a matter of fact, when Easy Goer ran that race in a way that was compared to Secretariat’s running of that race in 1973. I think, in 1989, I already had spent the astronomical (to me at that time) amount of money on a Breyer model of Secretariat (which is still safely tucked away in my attic).

Though Secretariat was a great horse movie (and I’ve watched a few over the years), it was also a journey. I’m not sure I always agreed with some of the subtext, but I did appreciate that theme of fighting for what you believe in that seems to be so prevalent in sports movies. Throughout the movie, we were educated about just what a hard trek it is to get to those big races of the Triple Crown (the only horse races many people ever know about or watch). I knew it was a big money venture, but to see the struggle that went into it in 1973 gave me some insight into how much more so it must be today.

From the interview we saw at this year’s Belmont with the real Penny (Chenery) Tweedy, the movie captured the essence of the real Secretariat, his personality and fire. That made me love the movie even more.

Does that make me a horsey romantic?

This movie reminded me, in so many ways, about the hope I so often fostered as a kid. Horses were, to me, a beacon, a transport to take me away from…well, from whatever. The great movies I saw about them, the books I devoured, the pictures I pored over and cut out and hung above my bed…all these things somehow mingled together and then, for many years, were buried and forgotten. I’ve only just rediscovered the depth of them, and this movie makes me remember the passion of my youth and the joy I found within it. It makes me gaze at my horse-crazy girls with tears in my eyes, knowing they have opportunities I never had.

It also makes me look forward, with double-renewed vigor, to our weekly trip to the horse farm.

Whether you’re a horsey romantic like me, or just a fan of good movie-making, you’ll find something to love in Secretariat. Highly recommended. 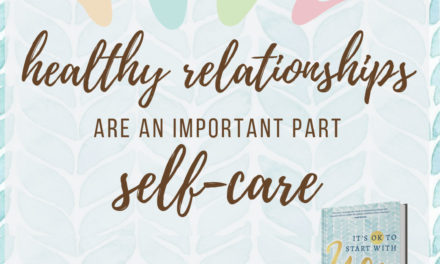 It’s OK to Start with You and Nurturing Relationships 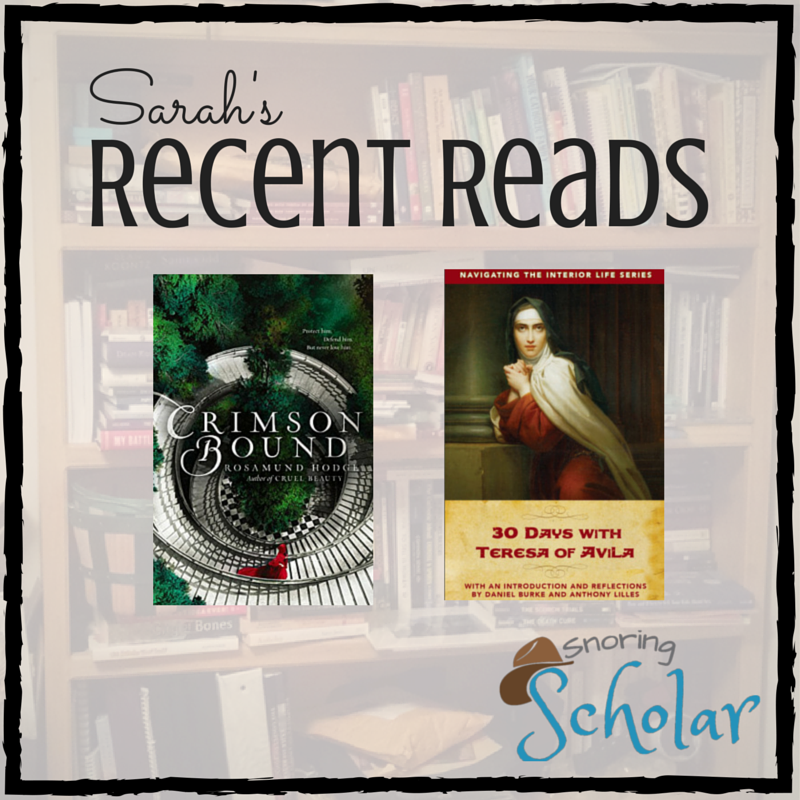