(I hope you’ll excuse a few words of explanation…) 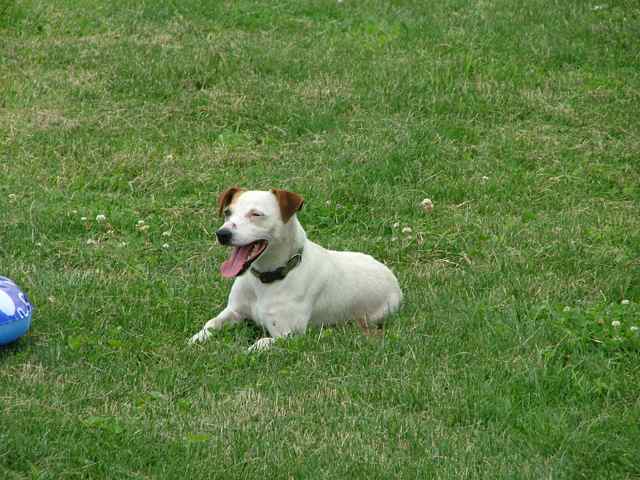 This is a doggy grin of the widest variety. 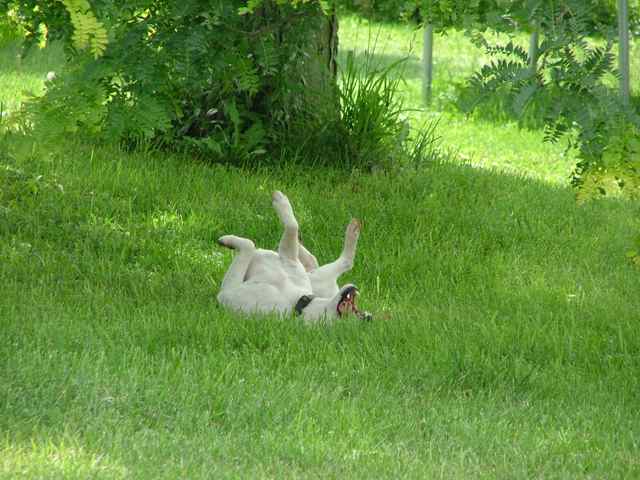 After Coon meets its maker, Dog joyfully rolls…in the coon, in the grass, in my bed if I’d let him. Back when he was an inside dog, I used to just about strangle him when he came in smelling like this (and then rolled on my bed and my couch), even as I knew it’s a GOOD thing that he keeps the place clear of critters. 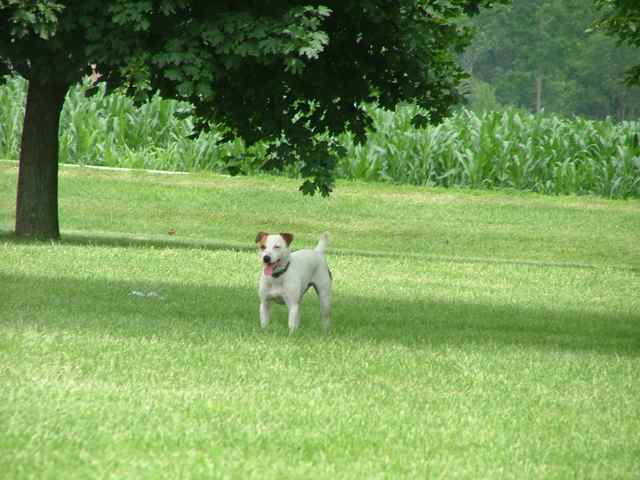 Triumphant. Begging us to pursue. (We do not oblige.) 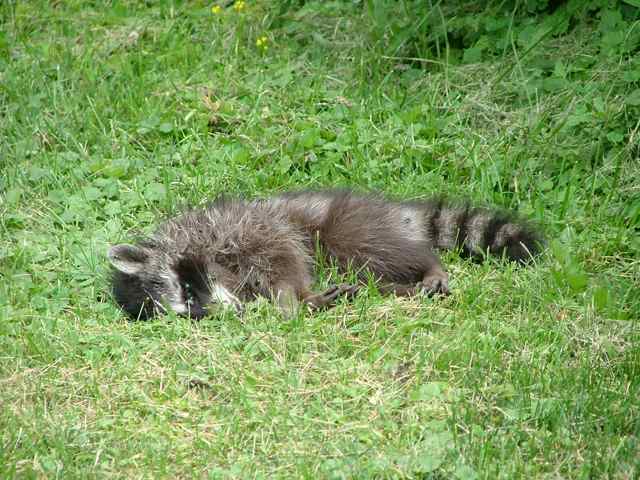 And this is the coon. It was pretty small – I’d say it was a juvenile. The back story is that, home sick with girls (again), I was working at the kitchen table while we had quiet time in other parts of the house. I had heard him barking out in the area of the shed since I made my coffee, and finally, after about four hours, I gave in to curiosity. (Actually, I was concerned that he was stuck somewhere.) There, on a beam near the roof of the shed, was this coon. Terror Dog was leaping at it and not quite getting it. I called Shepherd Dan, but he was busy in the fields. Poppa Gene couldn’t make it either (he didn’t get my message), and I sure wasn’t going to tackle the shotgun. But, miraculously, Terror Dog took care of it himself. I think he must have just worn the coon down.

For anyone who is tempted to say “poor coon,” come on over when the coons are at their work in our outbuildings. They can trash a place pretty quickly. They are cute, I agree. But there’s a place for them, and it’s NOT in my barns!

The Shoes that Took Over the House

Wordless Wednesday: All That’s Left of the Corn