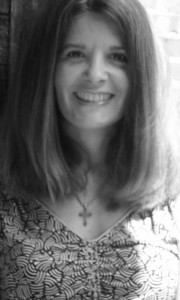 Now here’s a treat: author Michelle Buckman agreed to share a guest post today. After I asked about the inspiration and experience she had writing her amazing novel Rachel’s Contrition (which I’m giving away this week, in case you missed it, so GO ENTER!), she responded with this post. I’m humbled and honored to be able to share it with you here. 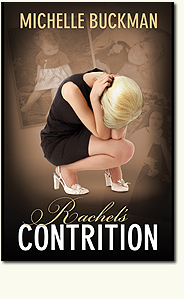 Three things inspired the writing of Rachel’s Contrition. The first was hearing a fifteen-second news story on the radio about a couple that found their child dead. The news commentator related the story so flippantly that I sat there, stunned, thinking about that poor couple, about how everything in their life must have come to an abrupt halt. How could they face each other with such a tragedy between them? Did they blame each other? Did they continue to talk? Did they sleep with each other anymore? Did they turn toward each other, or turn away with blame and guilt? They stayed on my mind, and so I created them on paper, making up who they were, where they came from, and what the child’s death did to their lives and their relationship.

At the time, I only wrote one chapter and put it away. It was a story I had to let live in my head for a while so that I would really get to know Rachel. I’d seen the toll of death when two women I knew suffered full-term stillbirths, and I knew the story needed great depth to truly tell it with the gravity it deserved.

A few years later, two friends lost children in accidents in the span of six months of each other. As I watched them become shadows of their former selves, I saw how people treated them in much the same way as the earlier mothers—expecting them to get on with life after a short while—but I knew how impossible that was. I had traveled the road long enough with those other mothers that I knew two years later they would still feel hollow inside. They would have a need to talk about that child every chance they could, while acquaintances and family would avoid the subject because it made them feel awkward.

As a result, I didn’t write Rachel’s Contrition for people who have lost children as much as I wrote it for outsiders to walk a mile in their shoes.

The question of where to set the story was never a debate for me. Years earlier, I visited the Basilica of St. Lawrence in Asheville, North Carolina, with a homeschool group, and thereafter continued to make pilgrimages several times a year because of the overwhelming spiritual renewal I feel every time. As described in the book, it’s a massive structure built by the same architect that designed the nearby Biltmore House, and like the house, is full of treasures. The statues, the alcoves, and the altar are all breathtaking. But even more than that, there is holiness to that church that beckons me. The first time I entered, I stopped inside the door to watch a man drop down to shuffle to a pew on his knees. It is that inspiring.

I knew if any church could call out to Rachel, it would be that basilica. But I didn’t want it to be a “walk in and declare immediate faith” scenario. First of all, I don’t find that realistic, but also, here in the south, there is a definite bias against Catholics. I wanted to address several basic issues that are constantly imparted falsely to Protestants about our Holy Mother Mary, the saints, confession, and the Eucharist, but I wanted to do so without preaching. Rachel’s stand-off attitude allowed me that opportunity. I was successful, too, based on an email I just received from a Protestant thanking me for including those aspects, because she now understands things about the Catholic faith she never would never have otherwise learned.

Catholicism is more than just setting in the story. Father Jay is integral to the plot. The problems that plague him not only give him depth as a character, but allow an occasion for God to use him in healing Rachel as much as Rachel must in turn help him and her friend Lilly. It is a triangle in which all three must be present to find resolution. And then, of course, the catalyst to Rachel’s interest God comes from Saint Therese of Lisieux.

I never tell much about Saint Therese. I only include quotes from Story of a Soul, but those quotes give the reader a glimpse into the dark moments of Saint Therese’s journey so that it adds more intrigue (I hope), and yet also exposes the reader to The Little Way, a wonderful message of love no matter what denomination a person follows, but is in every way fully Catholic, and perhaps gives non-Catholics an idea of what we Catholics gain by studying and surrounding ourselves with saints.

Being a “Catholic” novel created a problem when I first tried to get Rachel’s Contrition published. When I finished writing the manuscript, my agent submitted it to Christian (Protestant) houses and reported back that several editors loved the book but wouldn’t publish it because of the Catholic content. I think that attitude may be changing now, but at the time I was told to make it non-denominational in order to sell it. I’d done that with A Piece of the Sky, and again with Maggie Come Lately and My Beautiful Disaster, but I refused to do that with Rachel’s Contrition.

I remember crying as I watched Pope John Paul II’s funeral, and promising God and myself that I would not take my Catholic faith out of the book. Instead I set it aside. It all turned out for the best, as things usually do when we leave them in God’s hands. Last year when I heard that Sophia Institute Press was expanding into fiction, I submitted the manuscript to editor Regina Doman, which placed it exactly where it needed to be. I couldn’t ask for a better publisher for Rachel’s Contrition. God is good!

All I Want for Christmas 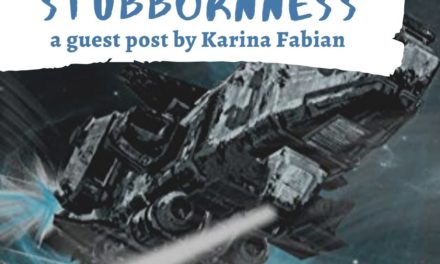